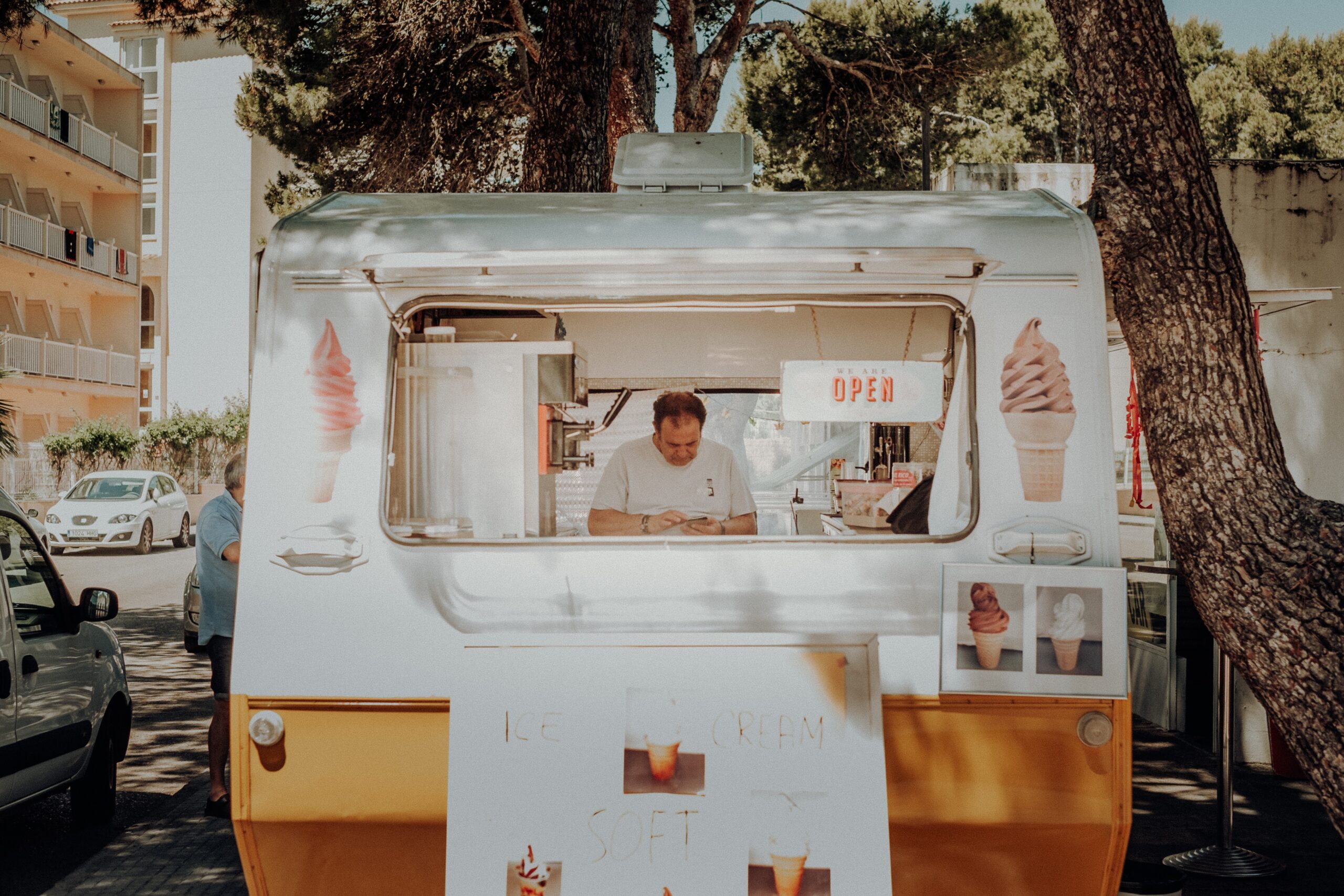 Imagine a world where all of your favorite, top-rated, premier restaurants are lined up all along one street. You could stroll leisurely, sample a little bit of everything, play games, and enjoy other festivities. On Abbot Kinney Blvd, this is all possible; it’s the best place to try amazing local food trucks. What’s the best time to go? During First Friday, of course! Premier, gourmet food trucks from all over the Los Angeles area flock to Venice Beach for this event. Guests will find everything from Mexican street tacos to Nashville hot chicken sandwiches and everything in between. With that said, here are a few of our favorite local food trucks that you can try next time you attend a First Friday event on Abbot Kinney!

We absolutely have to kick off our list with this legendary food truck. A quote they feature on their website says: “If L.A. had a song, you’d hear it in the first bite. If L.A. had an anthem, you’d find it in your first meal.” We couldn’t agree more! Kogi made a name for itself as one of the first food trucks to really establish itself as a success in L.A. The story of Kogi’s rise to fame was the inspiration for the film Chef, directed by John Favreau. And, even more awesome: parts of the film were shot right here in The Brig parking lot at 1525 Abbot Kinney Blvd! It’s no surprise that Kogi is near and dear to our hearts for sentimental reasons, but it’s also on this list because of its darn delicious food. We highly recommend their world-famous Korean Short Rib Taco.

Who knew the world would get to see donuts and fried chicken together on the same menu? When you think about it, it’s a match made in heaven! Astro Donuts and Fried Chicken is taking fried delicacies to the next level with their eccentric menu that features things like PB&J, French Toast, and Crème Brûlée donuts adjacent to their Fried Chicken & Gravy. The truck was dreamed up by childhood friends Elliot Spaisman and Jeff Halpern, born from a shared love of hockey and, as they say, ‘a good old-fashioned fondness for American comfort food.’ We’re not sure if customers of this food truck order both fried chicken and donuts in one go, but we’re certainly down to suffer the consequences.

Food trucks are usually known for fusing different culture’s cuisine and imagining odd, yet scrumptious, combinations of food that we’ve never seen before. But German Yum takes this to the next level with… a German-Turkish-Mediterranean menu?! We were intrigued, to say the least. Samuel Caklo, owner of German Yum, had always had a dream to sell German bratwursts (his favorite dish) in America. At age 30, he took a risk and emigrated to the U.S. and opened a food truck. And might we say, we think it’s on its way to becoming a smashing success. Döner kebabs, German bratwursts, shawarma, falafel, and more can all be found on German Yum’s eclectic menu. And hey, we’re about it. One of the things we love best about Abbot Kinney Blvd is that we’re all for embracing the new and exciting.

The word maravilla means ‘wonder’ in Spanish, which we think is an excellent way to describe food. Especially the cuisine we see on food trucks, which always seems to have a creative flair that presents itself in each and every bite. But Maravilla is out to surprise us in a different way: by taking it all the way back to their roots for an experience that is truly auténtico. Feeling like a comforting bowl of goodness? Try their sudado de pollo, a homemade saucy chicken stew with yellow potatoes, onions, and tomatoes finished off with a sprinkle of fresh cilantro. Or sink your teeth into their Cuban ropa vieja: tender, shredded flank steak served over garlicky black beans and rice. Not to mention their to-die-for quesadillas and gourmet spicy lime tacos!

Don’t be fooled by the entertaining play on words in their name, Lettuce Feast didn’t come to mess around. They’re taking vegan food to the next level, and showing people that plant-based eating doesn’t have to be boring. And the best part? The menu is inspired by Southern comfort foods — and yes, that does include fried chicken and mac n’ cheese, folks. But, y’know, the plant-based versions! Some have even claimed that their Chick’n is better than real meat. Side note, their signature Nashville Hot Chik’n Sammy with apple slaw on a pretzel roll is to die for.

Unfortunately, we’ve come to the end of our list. There are more food trucks that we’d love to share, but we have to cut the list off somewhere. We don’t want this list to be 100 or more pages long! We hope this list has inspired you to swing by Abbot Kinney’s First Friday event. Come try some of the trucks we’ve mentioned!